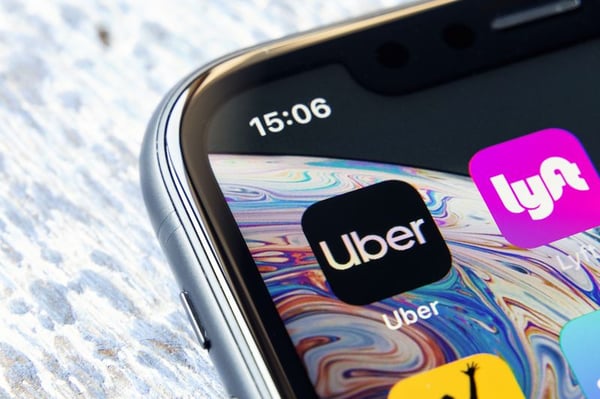 Seat belts weren’t common in cars until the 1960s, and federal law didn’t require car manufacturers to install seat belts until 1968. The corporations fought the safety standards (corporations almost always put money over safety when the two are in conflict). As a result it took decades of medical research until car manufacturers were finally forced to install seat belts in their cars.

Today, according to the National Highway Traffic Safety Administration, 90% of Amercians use seat belts, and some 15,000 lives a year are saved.

There’s an exception, though. People who wear seatbelts regularly in their own cars don’t do so in taxis. And some states have enacted laws that exempt cab companies from the normal seat belt rules.

Some have speculated that the reason people wear seat belts in their own cars but not in taxis is psychological. People just assume that shorter trips with professional drivers and sitting in the back seat are safer in general. (This isn’t true).

Now, with the rise of Uber and Lyft, the number of people riding in cars-for-hire has skyrocketed. Last year, Americans took 3.2 billion rides. Some studies have shown that 43% of people in Ubers & Lyfts don’t use seatbelts, and 80% don’t buckle up for short trips.

I wear my seat belt in my own car 100% of the time. But when I take Ubers or other ride-sharing services, and I almost never wear a seat belt. And no one has ever said anything to me about it, other than my wife, who I should listen to more often!

At our firm, we’ve represented thousands of people in car and truck crashes, many of which are extremely bad crashes with serious injuries or even death. Even though I see mayhem regularly, I guess I fell victim to the psychology too, because I only recently realized that I wasn’t regularly buckling up in Ubers.

From here on out, I will always buckle up in any vehicle, whether it’s my own personal vehicle, an Uber, a taxi, or any other vehicle. I’ll also make sure that my kids know about that “Buckle Up for Safety” applies to all cars, not just your own car.

I urge you to do the same. Seat belts truly do save lives.