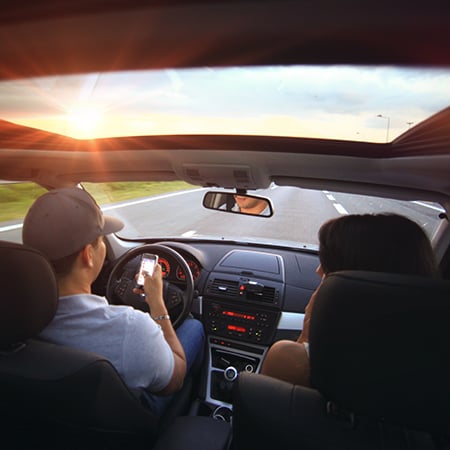 Self-driving cars: who is responsible in a wreck? - VB Attorneys

The Difference Between Self-Driving Cars and Human Drivers

Currently, Google’s self-driving cars react to most confusing or difficult situations on the road by stopping. However, as self-driving cars become more complex and refined, they’ll have to find ways to make the kinds of decisions that human drivers can make.

For example, while human drivers can decide to swerve and hit another car in order to avoid a child running into the street, how will a self-driving car be programmed to react? How will a self-driving car place value on “obstacles” when a crash is unavoidable? What if it means injuring car passengers to avoid hitting a child? Will cars be programmed to swerve to avoid squirrels? At least one researcher has been carefully looking at these kinds of ethical questions, but there is still a lot about the future of self-driving cars that is unclear. You can imagine, also, just how many liability questions this might open in the event there is a crash where a person is hurt.

Volvo announced last year that the company would accept full responsibility for accidents with its self-driving cars in autonomous mode. Other companies have made similar claims about their future autonomous cars. However, how liability will really work out over time remains to be seen. As it stands, there are a number of potential people and companies that could end up being held liable in a driverless-car accident, including:

Of course, there are also a lot of questions about how varying state laws will apply to self-driving cars in the future. Currently, establishing fault for an accident can be very different depending on where the accident happens. “No fault” laws and other differences by state could make proving an injury case involving a self-driving car all the more difficult, and some experts predict that could lead to more federal regulation.

While the chances that you’ll be hit by a self-driving car are still fairly low, it could be a bigger concern in the future. Multiple car manufacturers have plans in place to automate more functions, such as braking and steering, and some cars already have the ability to recognize people and obstacles with specialized sensors. Automated features in many automobiles have already shown a reduction in accidents, and even Google’s self-driving cars have been involved in very few accidents for the many thousands of miles they have driven. This recent accident shows that, while self-driving cars may reduce the number of crashes, they probably won’t be able to eliminate accidents entirely.

However, because it is such a new phenomenon, there could be very difficult legal questions that come up when human injuries are eventually involved. Self-driving cars not only open up difficult questions about liability, but preparing a personal injury case to compensate the victim could involve:

For a minor accident, for now, the cost of investigating a case might not be worth it. However, in a major case of injury or death, it could take a very experienced attorney with a lot of resources to make sure the person injured is able to recover fairly. If you are involved in an accident with a driverless car, your first step should probably be speaking with an attorney about it in detail and determining what your rights really are when it comes to new car technology.