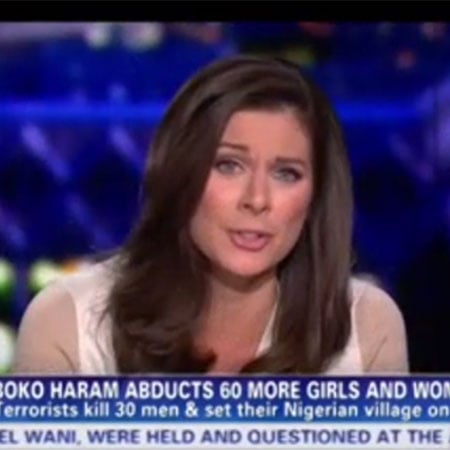 After spending 18 days in captivity at the hands of MEND pirates, Captain Wren Thomas was never happier to be alive.

His ordeal began on October 22, 2013, in the Gulf of Guinea off the coast of Nigeria. A career mariner and former U.S. Marine, Captain Thomas was trained to survive. He has been employed by Edison Chouest Offshore for the past seven years, commanding a supply boat off the coast of Nigeria for the past four and a half years. His by-the-book methods were met with threats from Nigerian crews, arguments from Chevron, arguments from INTELS port services, arguments from his Nigerian office, and even arguments from Nigerian officials. However, the vessel under his command was viewed as one of the best run and best maintained vessels in the region. His reputation for excellence translated into Edison Chouest Offshore considering him a hugely valuable asset in the region.

Dangers in the Gulf of Guinea

Although Captain Thomas had managed to excel among difficult circumstances, he knew the danger he and his crew faced each day as they

went to work. Piracy in the Gulf of Guinea had soared in recent years as economic uncertainty left more and more people desperate for work in the region. Unlike Somali pirates, who are not unified or part of organizations, pirates in the Gulf of Guinea identify with larger organizations. The group who claimed responsibility for the October 22, 2013, attack on Captain Thomas’ vessel was MEND: the Movement for the Emancipation of the Niger Delta. MEND—as well as another major group in the region, the Africa Marine Commandos based out of Cameroon—takes advantage of government corruption and lax security measures to carry out pirate attacks and black market purchases of fuel from vessels.

Unarmed and Alone in Pirate-Infested Waters

The day of the attack, Captain Thomas was ordered to take a route different from his daily supply vessel convoy route. The Beachmaster announced the change of plans over open, unsecured airwaves—a practice that should be avoided for obvious security reasons.

Captain Thomas’ offshore service vessel, the C-Retriever, left the convoy about 10 nautical miles past the fairway buoy to head toward its destination, the Agbami field in the Gulf of Guinea. At 0300 the next morning, his ship came under attack. Captain Thomas and most of his crew barricaded themselves in the Bulk Tank Room, awaiting the inevitable. The vessel did not have a secured room, so the Bulk Tank Room provided them with the most protection. The MEND pirates cut their way into the room and started shooting at the crew with AK-47s. Thomas and his chief engineer—the other American on board—realized the ricocheting bullets were more dangerous than whatever the pirates were intending to do with them. They shouted at the pirates that they were surrendering, and the pirates stopped shooting. Captain Thomas was able to gain the trust of the pirates and collect a few items of clothing and his malaria pills before he and his engineer were placed aboard a speedboat with six pirates.

Thomas and his engineer were held in the swamps near the coast for over two weeks. They were starved and suffered the physical and psychological trauma of being held captive. Thomas says that his military survival training kicked in, and he focused on getting out of there alive. The two men were released after Edison Chouest, or representatives of Edison Chouest, reportedly paid a ransom.

To get continued updates on the Captain Wren Thomas case, connect with us on Facebook, Twitter, LinkedIn, and Google+. Since their release, Edison Chouest has been less than helpful to Thomas. After hearing about Brian’s groundbreaking work in the Maersk Alabama case, Captain Thomas retained Brian to represent his interests.