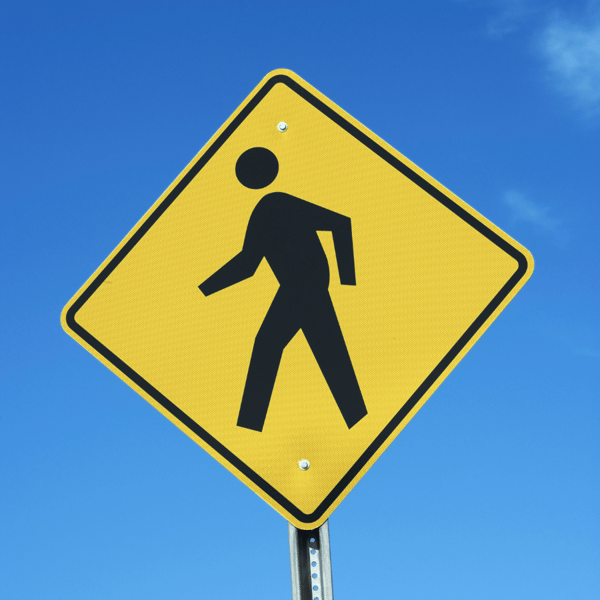 Pedestrian Fatalities Are Increasing. We Can Help.

On the road, there are several factors that drivers have to consider. Pedestrian safety has been prioritized less by both drivers and states across the country, and it has resulted in a significant increase of pedestrian fatalities and injuries. In the past 10 years, the number of people who have died while walking in the United States has increased by more than 50%. In Houston, specifically, pedestrian deaths have more than doubled in that time — spiking 125%.

Throughout the United States, pedestrian accidents and fatalities occur because of the poorly designed streets. Some streets even appear as if they are designed to kill. There have even been re-occurring accidents on several of the same streets, yet nothing has been done to change this narrative. In Houston, 2 pedestrian fatalities occurred within 24 hours of each other only 100 feet apart.

Pedestrian accidents can occur for several reasons, many of which are caused by the driver being influenced by external factors. When you get behind the wheel of a car, you are taking responsibility for a moving vehicle and will be held accountable if there is an accident. Some of the common factors that lead to pedestrian accidents are:

Unfortunately, negligent drivers are not the only source of accidents. Intoxicated or distracted pedestrians can contribute to their own accidents. While it is a driver's responsibility to react to any potential hazards, a pedestrian must also travel safely and obey traffic laws.

Communities Recognizing the Need for Change

In Houston, Mayor Sylvester Turner released a plan to not only minimize, but eliminate traffic deaths and serious injuries throughout the city by 2030. His plan, the Vision Zero Action Plan, was released in December of 2020 and was heavily based on 14 months of data analysis. The Plan lays the groundwork for safe, accessible streets and sidewalks by laying out 13 priority actions. While there has been action to make positive changes, it is crucial that pedestrians and drivers alike proceed with caution as they are traveling. Other cities and towns across the United States should also be focusing on the extreme amount of pedestrian fatalities and try to alter their streets and sidewalks to protect the lives of their community.

If You Have Been in a Pedestrian Accident, We Can Help