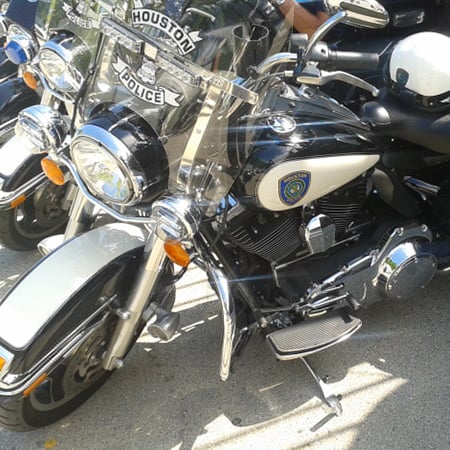 A Houston police officer was injured in the early morning of December 28, 2018, by a drunk driver. The officer was in uniform and driving his police motorcycle to escort a wide load through the city overnight when a drunk driver hit him. The driver was unaware she had hit him the first time and nearly ran him over twice.

The police officer suffered multiple injuries. He has hired our firm to help him hold the drunk driver accountable for their actions. We are investigating this incident to determine several things:

Houston is the deadliest region for drivers in the country

This is not the first drunk driving incident involving a Houston police officer this week. The epidemic of drunk driving in Houston has reached new heights. And the Harris County District Attorney’s office told the Houston Chronicle this morning that they are “dreading a long and bloody weekend.” This weekend will be a four-day holiday for many people, greatly increasing the chance that people will drive drunk or under the influence.

Houston is the deadliest region for drivers in the country. The Vehicular Crimes Division Chief for the Houston Police Department, Sean Teare, told reporters that, “This is an unbelievable crisis we are facing. We lead the nation, year-in, year-out in fatalities on our roadways, specifically attributable to DWI. We’re not anywhere near the size of Los Angeles or New York, and we’re not as big as Chicago – and we blow them away ever year. It’s inexplicable.”

Holding these people and places accountable for injuring you or your loved one can be an important psychological and physical step toward getting your life back to normal. If you have been injured by a drunk driver while on duty as a police officer or first responder, we can help. Call us at 877-724-7800 or fill out a contact form for a free and confidential case review.