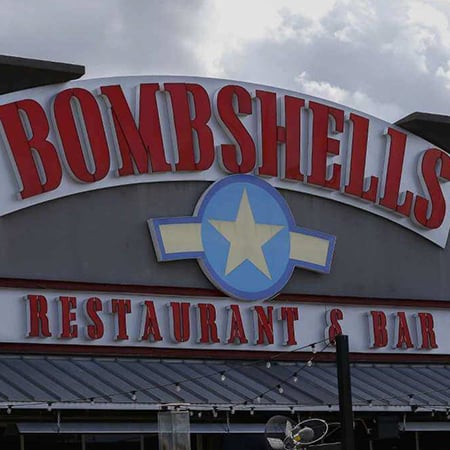 We have filed a million dollar lawsuit against Bombshells in the 234th Harris County District Court on behalf of Officer Chayne Brothers. Jeremy Rene Leos crashed into Officer Brothers’ patrol SUV in the early morning hours of May 20, 2018, injuring Officer Brothers. Mr. Leos had been drinking at Bombshells restaurant and bar on Fuqua before getting behind the wheel.

Officer Brothers is suing Bombshells, its parent company RCI Hospitality Holdings, and Mr. Leos. The lawsuit alleges that Bombshells and RCI Hospitality are responsible for Officer Brothers’ injuries because they overserved Mr. Leos despite voluntarily submitting themselves to the duties and obligations imposed by the Texas Alcoholic Beverage Code.

On driving away from the bar and restaurant, Mr. Leos lost control of his car and collided with Officer Brothers’ HPD patrol car. Officer Brothers was stopped on the shoulder of the I-45 service road with his lights on. The force of the crash caused Officer Brothers to sustain serious injuries, including two broken wrists. He underwent emergency surgery on one wrist that was shattered.

Officer Brothers turned to our firm and Brian Beckcom for help holding Bombshells accountable for endangering his life as well as many other lives. The lawsuit was filed less than a week after Kim Ogg, the District Attorney, called the bar and restaurant a “crime factory.” The District Attorney’s office has filed their own civil lawsuit in an effort to shut down Bombshells for good.

This Bombshells bar and restaurant has been linked to over 90 alcohol-related crimes and has been cited over 70 times for serving alcohol to minors. The District Attorney’s office has filed a petition for “abatement of a nuisance” and obtained a temporary restraining order that prevents this Bombshells from selling any alcohol for a period of 14 days.

The petition for abatement of a nuisance references the crash that hurt Officer Brothers as part of why the city is trying to shut down Bombshells. It also includes over 100 instances of alcohol-related crimes that occurred at or because of Bombshells. These crimes are just the tip of the iceberg when it comes to Bombshells’ disregard for the safety of Houstonians.

The petition also references another wreck in which a man who had been drinking at Bombshells was allowed to leave on his motorcycle despite being intoxicated. That man was killed when he collided with another vehicle on the highway. His family has filed a wrongful death lawsuit against Bombshells.

By filing this lawsuit, we are joining the District Attorney’s fight to shut down Bombshells for good to prevent any more people from getting hurt or killed because Bombshells and its parent company are grossly negligent and must be held accountable for putting profits over the safety and lives of Houstonians. For more information about this lawsuit, press inquiries, or to receive continuing updates, contact Emily@localhost.