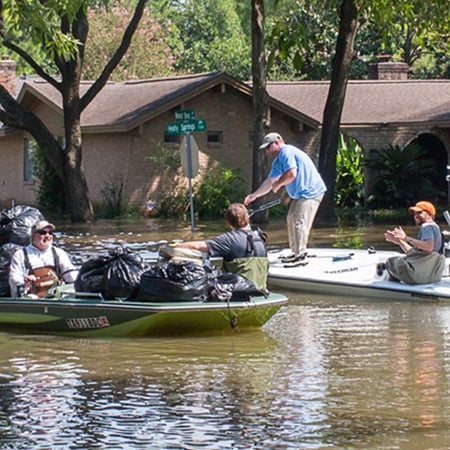 My thoughts on the Hurricane Harvey trial - VB Attorneys

I’m sitting in courtroom 11B immediately after the close of evidence in the largest case of which I’ve ever been a part.

In August of 2017, I was working as a briefing attorney for Harris County Judge Larry Weiman as I watched Hurricane Harvey flood the majority of the city in which I grew up. A few months later, I had been hired by Vujasinovic & Beckcom (VB Attorneys) in part to help with a 5th Amendment takings case against the Army Corps of Engineers based on the design and operation of the Addicks and Barker reservoirs.

At the time, I knew almost nothing about takings law outside of a couple of cases that we covered in my constitutional law class. Since then I have seen a claim that I thought would be barred by sovereign immunity (it’s not – the 5th Amendment supersedes sovereign immunity) develop in to a case that I feel very confident in. And I have been lucky enough to spend the last two weeks watching the case in which I was confident turn into a very strong trial performance by attorneys that I both like and respect.

In short, the legal claim is that the Army Corps of Engineers built and developed the Addicks and Barker reservoirs with the intent that it flood a certain area behind the dams. But some of that land is privately owned land. The land owners have a property right (the right to exclude) in keeping flood waters that the government controlled off of their property. The 5th Amendment gives the government the right to take someone’s property, but requires that they be given “just compensation.” Our claim was simply that the homeowners were not given that just compensation.

It has been an honor to be able to represent thousands of people who had their lives flipped upside down by the devastating impacts of having their homes flooded and to try to ensure that our city can recover. Professionally, I have learned a lot in seeing the development of such an enormous case with millions of documents, dozens of witnesses, and plenty of extremely sharp attorneys.

I will keep on learning from each day that I “practice” law, but this was absolutely a keystone event for the first year and a half of my practice of the law. We will have closing arguments after post-trial briefing on Friday, September 13th, 2019. Hopefully a decision will be rendered soon thereafter and we can begin to put all of this in the rear view mirror. To all of you who have had to deal with me being gone, tired, or stressed: thank you for putting up with me!