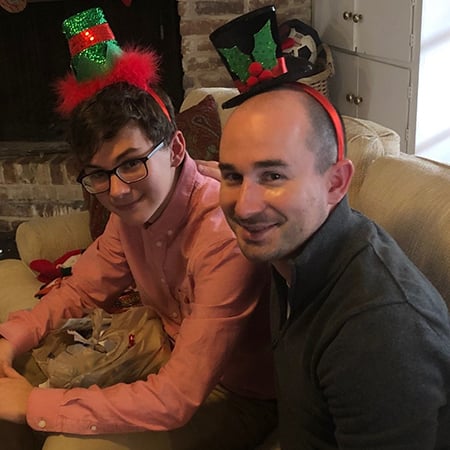 My First Year as a Practicing Attorney - VB Attorneys

Wow! What a year 2018 was. I finally became an attorney and started doing “real lawyer things.” Here is a brief overview of what has happened (and why you probably haven’t seen much of me):

I work for VB Attorneys which is a personal injury firm that specializes in maritime law. However, the firm is expanding the range of practice areas which started with the Hurricane Harvey lawsuit and has now included two mass torts.

The year started with a firehose of learning trying to not only learn the basics of practice (which no amount of law school or internships can really prepare you for), but diving headfirst into maritime law. Maritime law and the Jones Act have many unique intricacies in personal injury claims that simply don’t exist in other areas of the law which makes it much more detailed than most personal injury claims. I spent a lot of time learning about “maintenance and cure,” “limitation of liability actions,” and much more that were simply never a part of anything I had touched before.

The Hurricane Harvey lawsuit was another brand new world of law for me. The case is a 5th Amendment takings claim because the government cannot take your property without just compensation. However, suing the federal government and working against the Department of Justice requires filing claims in a court that I didn’t even know existed before we got into this. The Court of Federal Claims is a separate federal circuit which specializes in suits against the federal government for money, which of course requires its own set of rules for procedure etc.

Our firm was made part of the leadership group for these cases which means that I’ve been able to work with some excellent attorneys from other firms and learn from them while we have pushed this case forward. We are at the final stages (of the initial litigation) now and there is a lot of exciting stuff happening. We are getting ready for trial on February 19, 2018.

Because things have gone well with the Harvey lawsuit the firm also decided to expand into mass torts. Mass torts are typically when either a drug or medical device hurts someone in a way that should have been prevented. Because the drug or medical device is sold on a mass scale there are lots of people who get injured by them anytime something goes wrong. Our work here is something that I think could have a really good societal impact for people all across the nation. If we can prevent companies from ignoring glaring problems with whatever they are producing then we can prevent people from being injured or dying which I think makes the legal profession pretty cool.

We are involved in two specific mass torts. First is the IVC filter cases where a small metal device is inserted into a person’s inferior vena cava (one of the main veins pushing blood into the heart to be reoxygenated). However, the filters break and cause other problems which can end up killing people.

The second mass tort we are involved in is based on a shingles vaccine (Zostavax) which ends up causing shingles and a long list of other neurological issues for people instead of preventing shingles. The Zostavax case is another case where we were appointed to the leadership committee and I’ve been able to work with top notch attorneys from all across the country.

Both of these mass torts require a ton of new law and even more growth for me. A big part of working on mass tort cases is that you have to handle a large number of clients and part of my job is implementing systems to make sure that that is done efficiently. This has been much more like an instant MBA than the practice of law, but I’ve learned a lot and am continuing to do so on a daily basis.

I’ve been less than perfect with all of this, but the other attorneys, paralegals, and support staff at the firm of helped me out tremendously and I’m excited to be able to keep learning and refining my craft. If you’re an attorney you’re probably tired of hearing it, but I now fully understand why they call it the “practice” of law because there is simply too much to master. I started out thinking that with the success I had in law school, the judges I had clerked for, and the number of internships I had I would be able to come in and start working flawlessly from the beginning. I can assure you that was not the case. There is simply no way to replicate living and breathing the law, your cases, and your clients like you do when it’s your (more than) full time job.

The amount of respect I have for people that continue to excel at this profession for many years continues to grow. Perhaps, what I respect most is the commitment that it takes to excel and seeing people who do the work “for love of the game.”

So, 2019 – you’ve got a pretty high bar to make it over. I hope I have the opportunity to continue to grow, excel at this profession, and maybe even make the world a better place.