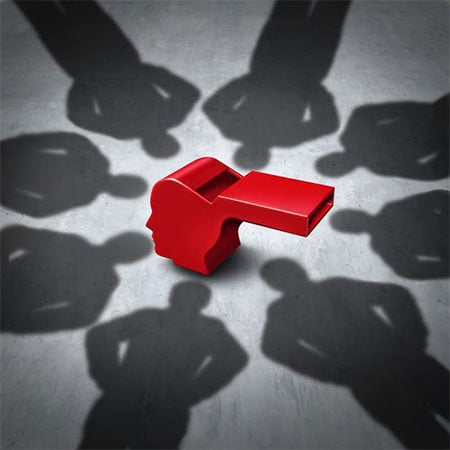 Wrongful termination after a maritime or offshore injury - VB Attorneys

Are You a Jones Act Seaman Who Is Worried About Getting Fired Because You Got Hurt? You Are Not Alone.

When workers on vessels or drilling rigs get hurt, the first thought on their minds shouldn’t be getting fired. However, wrongful termination is one of the most common fears of seamen who have been injured, and that hesitation often prevents them from filing a Jones Act claim against negligent employers.

Although some employers may try to leverage threats against injured seamen, the truth is that most of these workers are protected under the law against wrongful termination—and their employers probably know it. However, the law doesn’t always keep employers and insurance companies from pressuring seamen with empty threats and accusations.

Why Threaten Jones Act Workers With Termination If it’s Against the Law?

Ultimately, employers and insurance companies threaten to fire injured seaman because they hope it will reduce their costs for injury claims. Some companies may even immediately subject the injured worker to a thorough review of any past mistakes in an effort to shake the worker’s confidence and possibly manufacture a reason for termination. By threatening a worker’s job security, these large companies are able to frighten injured workers into accepting less than they deserve for their injuries or dropping claims that the company was in any way negligent. But it doesn’t have to be that way.

Under U.S. employment law, most businesses operate under the “employment at will” policy. Unless a labor contract is in effect, workers are free to quit at any time, and bosses are free to fire employees at any time. Although this seems like a balanced arrangement, it really shifts a lot of power to the employer, who usually has an easier time filling a job vacancy than a worker has finding a new job. The result is that many workplaces operate in a climate of fear. Workers are so afraid of being fired for arbitrary reasons—or no reason at all—that they will go along with even unreasonable demands of their employers. But the employer’s power to fire workers without cause has some significant limitations:

What If My Boss Follows Through on the Threat Anyway?

In most cases, the company will not follow through on its threat once the boss has been reminded of the legal protection given to Jones Act workers. If you are fired, you may have the legal right to take action against the employer. You may be able to demand your job back, negotiate to leave the job while collecting several months’ or years’ worth of pay, or arrange for your boss to drop objections to your unemployment benefits. Again, the specific circumstances of your dismissal will indicate the possible range of remedies you can demand.

However, to prove that you were the victim of wrongful termination, you need documentation of your maritime employment record. If you can show that you were considered a superior worker up until the time you claimed your rightful benefits, it goes a long way toward demonstrating that you were fired illegally. If your termination was rushed and did not follow the usual company procedures, that will also tend to strengthen your legal claim. Unfortunately, your personnel file is in the hands of your boss or the company’s Human Resources Department. It’s unlikely that you can get a copy of the records you need just by asking politely.

The attorneys with VB Attorneys can force your company to release your job performance records—and a lot of other information—as part of the discovery process in a wrongful discharge lawsuit. We can take your case to federal court and demand that you be compensated for losing your job. Most of the time, your case will be settled out of court rather than go to trial. No matter what happens, you do not have to pay us anything unless we can obtain a settlement or judgment in your favor.

If you feel that you are being bullied, blamed, and threatened after being injured or submitting a Jones Act claim, don’t hesitate to reach out to us today. We have helped victims and families across the nation negotiate complicated Jones Act claims, and we would be happy to connect you with the information you need to move forward with confidence. Don’t delay! You have only a limited time period to pursue your legal claim—and if you wait even one day too long, you forfeit your rights to compensation. Call us today at 877-724-7800 to schedule a free, confidential case review.