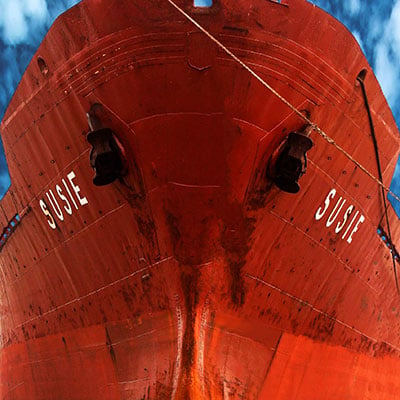 Limitation of Liability Act is unfair and should be immediately repealed

I speak and write from experience. I have spent a large part of my legal career advocating for the rights of seafarers, maritime employees, and their families. I’ve seen firsthand on an almost daily basis how poorly some employers and insurance companies treat injured employees or the families of employees who have died. And I have fought against the Limitation Act again and again.

The maritime industry has a spotty safety record to say the very least. And the Limitation of Liability Act does nothing to make the industry safer; in fact, the Act makes maritime commerce less safe.

What is the Limitation of Liability Act?

In general, though, the Act allows shipowners to file a lawsuit after a loss-producing event like a death, injury, or loss of cargo. The Act allows shipowners to limit the total amount of money they pay out to the value of the ship and her cargo at the time the shipowner files the lawsuit. The Act then pauses or “enjoins” any other lawsuits arising out of the loss-causing event and forces people with claims to file in the limitation proceeding or risk losing their claims entirely.

When a ship or vessel sinks, explodes, or is otherwise damaged beyond repair, the value of the vessel and her cargo then pending can be very small. Not nearly enough to compensate victims in a catastrophic event.

The original justification of the Limitation of Liability Act made sense. The Act was passed in America in 1851, when the U.S. merchant fleet needed protection and help competing against the British and European fleets. Plus, back in the 19th century and into the first part of the 20th century, it made sense to limit shipowner liability for loss of life, injury, and cargo loss because ships would often be at sea for months or years at a time with no way for the shipowner to contact the ship, monitor safety issues, or otherwise keep track of what was happening on a ship hundreds or thousands of miles away.

But obviously, both of the original justifications make no sense today. The U.S. fleet doesn’t need protection against British or European fleets like it did when the U.S. merchant fleet was just getting started. More importantly, perhaps, the advent of modern technology has made ship-to-shore communications easy, cost-effective, and necessary. In fact, any shipowner that fails to monitor and track ships should be penalized for a failure to act reasonably.

Moreover, there are sophisticated insurance markets where financially responsible shipowners can buy policies to insure against risk.

How has the Limitation Act been used in the past?

The Limitation Act has been used many times, including in some rather famous cases. For example, a Limitation proceeding came out of the sinking of the Titanic. Recently, there were Limitation Act proceedings when the Deepwater Horizon exploded and sank.

After the Deepwater Horizon sank, advocates for mariners tried to pass a law to change the Limitation Act. But like many things in our dysfunctional government, those efforts went essentially nowhere, with Congress convening committees and studies but not actually doing anything worthwhile to change this archaic law or protect seafarers from corporate wrongdoing.

The Limitation of Liability Act has outlived its intended purpose. Now it just protects unsafe companies

If companies file a limitation proceeding, then this potentially – and negatively – impacts the very people who need protection the most. Namely, the surviving family members who lose their loved ones in maritime tragedies. It would be a grave injustice to prevent these families from getting full and fair justice if an investigation shows they are entitled to it.

That’s why I am publicly calling on our President and the United States Congress to actually take action this time. Stop this nonsense. Repeal the Limitation of Liability Adct immediately. There is absolutely no justification whatsoever in this day and age for such a backwards, outdated, unnecessary, and immoral law.

No more committee meetings. No more studies. No more back room deals and discussions and hand shakes where nothing happens in the end.

It is time to act. It is time to protect the men and women who man the ships. Not with words, but with action.