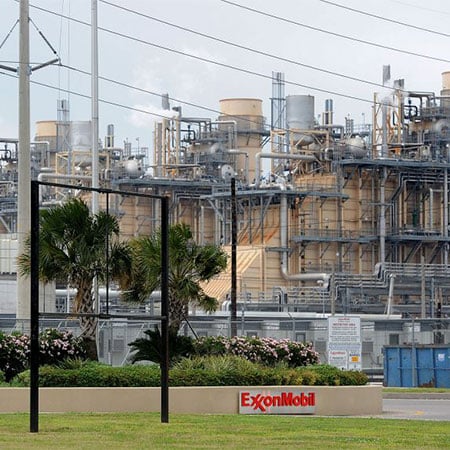 Why a TRO is important to winning your claim - VB Attorneys

A Temporary Restraining Order (TRO) is crucial to winning a catastrophic injury case.

The ExxonMobil refinery in Beaumont, Texas, has been the location of multiple catastrophic injuries and deaths. We walk you through one case where we helped two men who were injured in a fire at the refinery hold the company accountable for their injuries. In cases such as this Exxon fire, a TRO is the only way our clients would have been able to prove their case.

The ExxonMobil refinery in Beaumont, Texas, employs thousands of people and pumps millions of dollars into the local economy. But for all the good it does for the economy, the refinery can’t stop injuring Beaumont’s people. Like clockwork, whenever the refinery is conducting turnover work or expansion work, horrific accidents happen.

On May 11, 2016, an Altair Strickland contractor was working on a crude unit overhaul when he was struck by a pipe and was killed.

On April 17, 2013, two workers died and four more suffered burns when a fire broke out at the refinery.

Every year, people are injured doing maintenance and repair work at the refinery. Exxon reports that their rate of reportable incidents is lower than the national average for refineries, but people are still getting hurt or killed working for them.

What victims of ExxonMobil refinery accidents need to do immediately

Vuk and I represented two of the workers injured in the 2013 fire. The most crucial component of our investigation into the 2013 fire and of our subsequent lawsuit was that we filed a Temporary Restraining Order (TRO) against Exxon immediately so that all evidence was preserved and our independent experts could investigate the accident. We were hired to represent two of the workers burned in the fire within a day, which allowed us to use the justice system to ensure Exxon didn’t destroy or tamper with any of the evidence. Based on the information we gathered in our investigation, we were able to obtain a satisfactory confidential settlement for our two clients injured in that fire.

Once an accident has occurred, companies, in our experience, will send in attorneys and investigators to do damage control. While local law enforcement and federal agencies are conducting their investigations, companies have armies of people spending a great deal of time, effort, and energy to avoid being held responsible for the accident or having to compensate the accident victims and their families. Companies rely on the fact that in the hours and days following the accident, the families of victims are grieving and that injured workers are focused on getting better. You aren’t focused on the accident scene or preserving evidence.

How Temporary Restraining Orders can make or break your refinery case

Time and time again, we see companies report to the media that they are “investigating” the cause of the accident. But what the companies are really doing is finding ways to avoid being blamed for the accident. This is where a lawyer who is experienced in handling these types of cases comes in. An experienced lawyer will get the TRO filed right away, get actual investigators out to the scene to conduct an independent investigation, and start gathering the facts about what caused the accident and who is to blame.

We have ensured evidence is preserved and accidents are thoroughly investigated in many cases. Since 2010, we’ve obtained TROs in the following cases:

These are a few examples of how TROs obtained by experienced attorneys can protect your case. While investigations are being conducted by government agencies and by the companies involved, unless you take action to protect all the evidence you need to prove your case, nobody is looking out for you.

How to get a TRO filed in your refinery accident case

In order to ensure your rights are protected – to preserve all the evidence and to conduct an independent, thorough investigation of the accident scene – you will most likely need the help of an attorney who can use the justice system to your advantage. Many companies and government agencies won’t let you, individually, or an expert you hire access their investigations or access the scene of the accident unless you’ve obtained a TRO from a judge. That’s the reality.

You’re facing an uphill battle. In many accident cases, the victim is usually alive to tell their side of the story. In your case, you’re not only dealing with the fact that you’ve lost a loved one but you’ve got to prove your case from scratch. That’s why all the evidence has to be preserved right away – you can’t afford to have any evidence go missing in your case. That’s where an experienced attorney comes in. They can help ensure your case is being investigated properly, your lawsuit is filed, and that all your legal rights are being preserved.

When you’ve lost a loved one in an accident, you need to take action right away. Don’t wait until it’s too late to talk to attorneys about your case and to hire the right attorney who will help you protect your case and your legal rights. Contact us now at 877-724-7800 to get started.