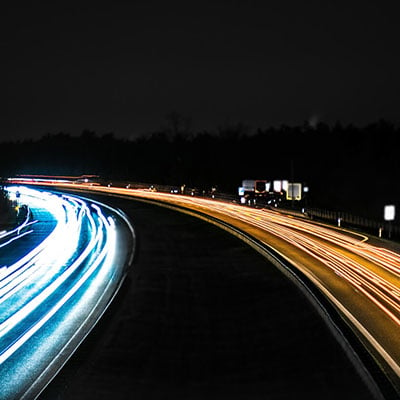 The Houston Chronicle is publishing a series of articles about why Houston’s roads are so dangerous and how we can fix this problem. The first article examines our most critical issues surrounding road safety in the Houston metro region. Sixteen years of federal highway data reveals that Houston is the most deadly major metro area in the nation for drivers, passengers, and people in their path.

Houston is the most deadly major metro area in the country

The nine-county metro region that makes up Houston leads the nation for fatal crashes involving drugs and alcohol, according to the Chronicle’s analysis. Each of the largest twelve metro areas in the country have their own weak spots when it comes to accident data, however only Houston ranks in the top half in every accident category.

Houston has the second highest number of fatal crashes per capita on federal highways in the United States. Houston also ranks second for fatal wrecks that involve speeding. We also trail only Dallas when it comes to crashes blamed on someone slamming into stopped congestion on the freeway.

When nine out of ten wrecks are caused by poor decisions, you have to examine which poor decisions are being made. In Houston, one of the top poor decisions made by drivers is the failure to control speed. Of our most recent crashes, the Chronicle determined that drivers’ failure to control speed was a leading factor in a majority of those wrecks. Doctors interviewed by the newspaper describe how injuries are much more severe in crashes that occur at higher speeds.

Why Houston’s roads are so dangerous

Traffic in the Houston metro region has grown from 143 million to roughly 183 million miles of vehicle travel since 2006. However, the number of traffic crashes has far outpaced the increase in driving. An increase in 50% in crashes since 2010 is an indication of a much bigger problem in the Houston area. Speed.

Speed is a major factor in crashes where a vehicle runs off the road, where distracted driving caused a fatal crash, and where vehicles collide in intersections. Many drivers don’t fear a penalty for speeding. We Houstonians joke about it to tourists and newcomers. We don’t see it as a safety issue. Instead, we see speed as a personal freedom. Combine this belief with a reduction in ticketing drivers for speeding across the region and you get a deadly combination.

Experts say that speeding tickets are an important tool for making our roads safer and preventing car wrecks. In a 2015 study, experts found that for every 1% increase in tickets issued, crashes fell by a corresponding 0.28%. Injuries fell by 0.17%. One of the experts behind the study, Dara Lee Luca, stated, “As unpopular as tickets are, they’re effective.” Houston’s police department is focusing on quality, not quantity when it comes to traffic enforcement. A 2017 initiative to target the underlying problems that cause wrecks has reduced car wrecks by 15% this year to date.

While officials are working on reducing the number of serious or fatal crashes involving speeding, survivors of these wrecks may need help getting back to normal. Proving the other car, 18-wheeler, commercial vehicle, motorcycle, or vehicle was speeding can be difficult in some situations. That’s where we come in.

Our firm has helped hundreds of Houstonians injured in serious and complex wrecks prove their case. From hiring accident reconstruction experts to prove the other vehicle was speeding to hiring experts in biomechanics that explain how your injuries happened, we know how to prove your case. We also know that insurance companies have trained their adjusters to make it seem as if they are helping you when really they are gathering evidence to poke holes in your claim.

If you or a loved one has been seriously injured in a motor vehicle accident, do not hesitate to take legal action. An experienced attorney can evaluate your claims and help you move with your best foot forward. For a free and confidential consultation, complete this contact form or call us today at 888-430-0906.