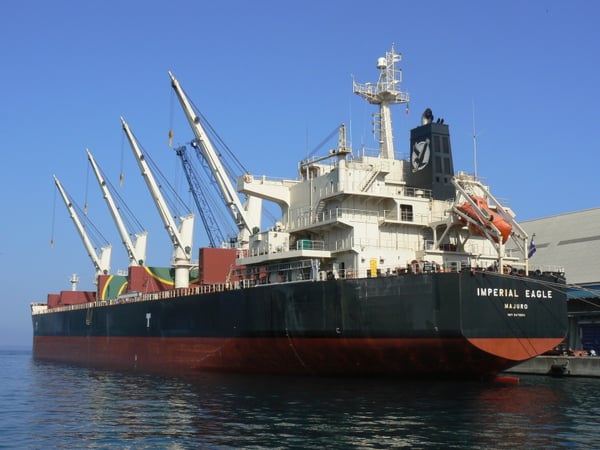 VB Attorneys founding partner Vuk Vujasinovic has filed a maritime injury lawsuit on behalf of a bunker surveyor who was critically injured on a job involving the cargo ship ​Imperial Eagle.​ The surveyor was conducting a bunker quantity survey aboard the ship which was docked at the Woodhouse Dock #4 terminal in Harris County, Texas. The surveyor sustained multiple injuries in a fall from the vessel to the deck of an adjoining barge, ​Shamrock 502.

Muhammad and Zakia Kamran vs. Inspectorate America Corp., Eagle Ship Management and SKK Marine; 2019-71794; In the 165th District Court of Harris County. This case involves complicated elements of maritime law, and multiple entities have been sued. Click here to learn more about the complex components of maritime law and The Jones Act.