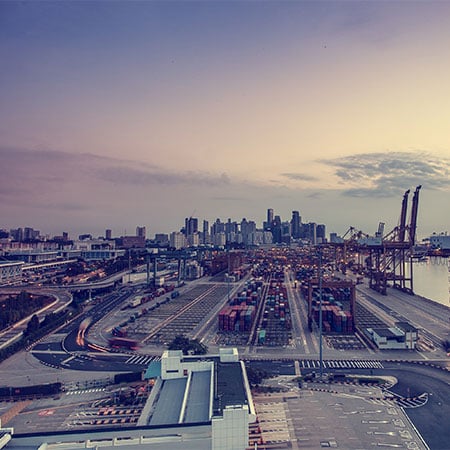 The Longshore and Harbor Workers’ Compensation Act (LHWCA) applies to certain classes of workers who are injured offshore, or close to offshore. The most common workers who can claim their injury claims under this law are those engaged in stevedore operations, such as loading and unloading large vessels. It also applies to other workers who repair, dismantle or build vessels, and those who work on or near offshore platforms, piers, wharfs, dry docks, terminals and marine railways.

The LHWCA is similar to land-based workers compensation laws. If it applies to you and you suffer an injury, then you are automatically entitled to certain financial benefits, no matter who caused your injury.

The federal government estimates that about 500,000 workers qualify for benefits pursuant to the Longshore and Harbor Workers’ Compensation Act every year. You, and other dock and harbor workers, may be able to recover:

If your loved one has died and was covered by the Longshore and Harbor Workers’ Compensation Act, then you may also be entitled to benefits. Those benefits may include compensation for medical expenses and half of your loved one’s average weekly income for the rest of your life or until you remarry.

905(b) Cases and Injury Claims Against the Shipowner

A 905(b) case is a unique kind of offshore injury case. The section of the LHWCA that addresses these claims is 33 U.S.C.A. s. 905(b); however, most people just refer to these claims as “905(b)” cases. Under this part of the LHWCA, titled “negligence of vessel,” if your injury was caused by the negligence of the owner or operator of a vessel, then you can bring a claim against the vessel owner. This is similar to a “third party” claim under land-based law.

Our offshore injury lawyers have handled a lot of 905(b) claims. Unfortunately, we often see that injured offshore workers, and even their attorneys, fail to identify that this claim exists. The result? A lot of money is left on the table. The maritime companies and their insurance companies certainly don’t mind paying less money on claims, and therefore they don’t go out of their way to educate their employees about these claims.

Here is where things get trickier. Section 905(b) does not come out and say what you must provide in order to win your third party case. To learn that, one must be familiar with a case the United States Supreme Court decided back in 1981, called Scindia Steamship Navigation Co., Ltd. v. De Los Santos.

In the Scindia case, the Supreme Court basically created three types of claims you can bring under 905(b), named after the duties it placed on shipowners with respect to these claims:

​All of these claims are very narrowly defined, and generally they are more difficult to win than your average offshore injury case.

In a Turnover case, you must prove the shipowner turned the ship over to the stevedore (or repair, or whatever) company in a dangerous condition, which was a cause of the injury. Example: the shipowner knew about a defect in a crane aboard its vessel, which caused your injury, but didn’t do anything to fix the crane or warn you or your company about the problem.

In an Active Control case, you must show that the shipowner retained control over part of the operations on the vessel, and did something that caused your injury. Example: the shipowner involves itself in stevedore operations aboard its vessel by having its employee operate a gantry crane on the vessel, and the crane strikes a stevedore and injures him.

If you think you may have a 905(b) claim, you should immediately contact a qualified offshore injury lawyer.  This type of law is simply too complicated for you to analyze your rights on your own. Beyond that, maritime law is too complicated for most lawyers who don’t have extensive experience in this area of the law. Make sure you talk to an attorney who has handled a lot of offshore injury cases.