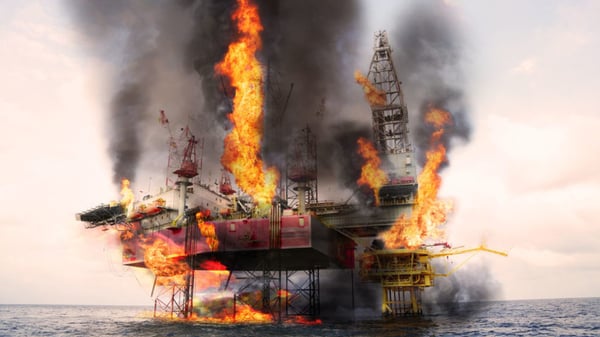 Five people have died, six have been injured, and two have been recovered after they were missing from a fire in the Ku-A Processing Center of Petroleos Mexicanos. The platform caught fire after a gas leak during maintenance. The platform is used to compress gas to re-inject it into wells to stimulate oil pumping and to supply electricity to wells.

The company confirmed that one worker from PEMEX and four from the COTEMAR company passed away. The two missing people were from the Bufete de Monitoreo de Condiciones e Integridad (BMCI) company. Of the six noted as injured, all are being treated in hospital, with one in serious condition, Pemex outlined.

In its latest update, PEMEX specified that the incident did not occur due to a lack of investment in the maintenance of its facilities and highlighted that its current administration had increased the budget for this area. The company also noted that the safety of its workers and facilities is a priority.

The accident comes less than two months after another Pemex pipeline in the same Gulf field leaked, causing a strange subaquatic fireball that the company said was caused by a bizarre chain of events, including a lightning storm and a simultaneous gas pipeline leak.

As the oil and gas industry grows, so do oilfield injuries.

Working in the oil industry is extremely dangerous. Workers are faced with difficult working conditions, long hours of work, and they are exposed to dangerous chemicals and elements.

The machinery involved in drilling for oil and gas is heavy and dangerous and can cause catastrophic injuries and even death if not properly maintained. If you have been injured while working in an oilfield, you are entitled to compensation. Unfortunately, time is not on your side. When you are hurt, you become a liability to your employer, and they will do whatever they can to avoid paying you. Our oilfield injury lawyers can help. Contact us today at (877) 724-7800.