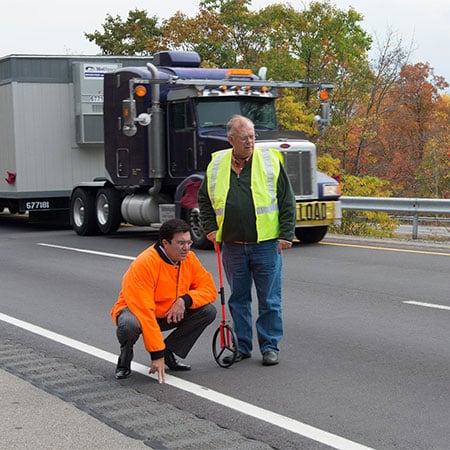 First Greyhound lawsuit filed after I-80 bus wreck in Pennsylvania

A young woman who was catastrophically injured when a Greyhound bus rear-ended an 18-wheeler on I-80 in central Pennsylvania is being represented by VB Attorneys. The law firm has filed a lawsuit against Greyhound in Dallas County, Texas, where Greyhound maintains its corporate offices. Attorney Vuk Vujasinovic is lead counsel on this case.

“This is the first lawsuit that has been filed against Greyhound in Texas for the crash in Pennsylvania,” said Vujasinovic. “We are conducting an independent investigation, including expert analysis of the crash scene. We are working on obtaining copies of the police investigation as well. This was a horrible crash causing so many serious injuries, and our firm is going to take the lead on handling these cases and holding the responsible parties accountable for what happened.”

“In the Petition we filed in Dallas County, we are seeking in excess of $1,000,000 on behalf of our client,” Vujasinovic stated. “We are being contacted by others who were injured when the bus crashed, and expect to consolidate all of our clients’ cases in the near future. Because Greyhound’s corporate headquarters are located in Texas where our law firm is based, we are well-positioned to handle these cases.”

VB Attorneys has handled many bus accident cases against Greyhound, including a recent lawsuit that involved facts very similar to the I-80 crash. “We recently handled a case against Greyhound where their bus rear-ended an 18-wheeler on an Interstate in North Carolina, and we expect to face many of the same issues in the I-80 case that we faced in the North Carolina case,” says Vujasinovic. “These bus crash cases share many of the same facts and legal issues, and we know exactly how Greyhound will try to defend against the I-80 case. We are going to use our inside information to our clients’ advantage.”

On October 23, 2013, attorney Vuk Vujasinovic, pictured above, traveled to Pennsylvania to personally be involved in the investigation of the Greyhound crash on I 80.  VB Attorneys represent a passenger on the Greyhound bus who was critically injured in the crash, and have filed the first lawsuit against Greyhound in Texas, where the company has its corporate headquarters.

VB Attorneys have retained a certified accident reconstruction expert, who is leading the investigation.  Mr. Vujasinovic personally accompanied the expert to the scene today.

“The crash site is flat, with no hills, and the roadway is relatively straight,” said Vujasinovic.  “Based on these factors, and on our reading of the gouge and tire marks in the roadway, this crash sequence was very likely caused by the actions of the Greyhound bus driver.  From my personal inspection of the scene, I just don’t see how there is any way the bus driver did not see the commercial truck, if she was awake and alert.  We will be looking very closely at this driver’s hours behind the wheel leading up to this crash.”

In the picture above, Mr. Vujasinovic can be seen working with his firm’s accident reconstruction expert.  “The gouge marks in the road that were are observing were created when the Greyhound bus rear ended the commercial truck,” said Vujasinovic.  “The positioning, pattern and depth of these gouge marks tell a detailed story about how this crash occurred, and the story does not end well for Greyhound.”

It is crucial that the injured Greyhound bus passengers have an accident reconstruction investigation performed on their behalf.  Greyhound has already had an army of lawyers and investigators comb over the scene.  An injured passenger will definitely not want to accept Greyhound’s investigation conclusions.

There is a lot of talk that Greyhound will simply “admit liability” for this crash.  Not so fast.  That almost never happens.  In the multiple case VB Attorneys have handled against Greyhound, the company has never admitted liability.  They always deny as much responsibility as they can.

That is why it is so important to conduct an independent investigation, and not rely on Greyhound’s investigation.

Mr. Vujasinovic and the expert discovered and documented critical evidence at the scene of the crash, and will use this information to the benefit of the firm’s clients.  Further, Mr. Vujasinovic believes that a lawyer should never handle a case if they have not personally visited and analyzed the accident scene.

VB Attorneys has three lawyers (Vuk Vujasinovic, Brian Beckcom, and Curtis Bickers) who are Board Certified in Personal Injury Law by the Texas Board of Legal Specialization, a certification held by less than 2% of all the lawyers in Texas.