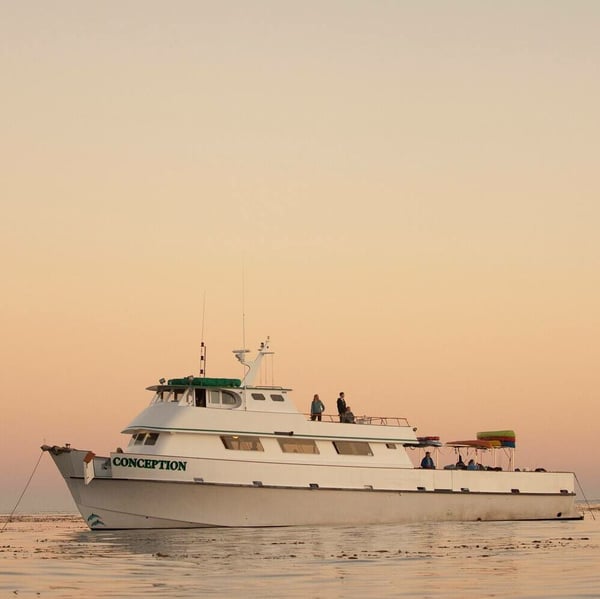 Witnesses and the boat’s designer think lithium ion batteries in cell phones and other electronics started the Conception fire.

Vice.com is reporting that one of the survivors told the owner of the fishing boat that came to the Conception’s rescue that he “thought the fire started in the boat’s galley.” On the Conception, people left their cell phones and cameras to charge overnight in the galley.

The boat’s designer has a similar theory. He told the Los Angeles Times that a lithium battery charger must have caught fire. He said, “This happened in the belly of the boat. Those people did not have a chance to get out: from stem to stern, that boat was burning.”

Authorities have ruled out an explosion as the cause of the fire, according to the owner of Truth Aquatics, the dive company that operated the boat. He told “Fox and Friends” that an electrical fire could have been to blame.

The lead investigator for the National Transportation Safety Board, Jennifer Homendy, told the Los Angeles Times that she was “taken aback” by the size of the emergency hatch of a vessel similar to the Conception.

Homendy and her team toured one of the remaining two vessels owned by Truth Aquatics, the Vision. The Conception was built by the same designer with many of the same features and functions as the Vision. This video from KTLA shows Homendy touring the Vision and examining the emergency hatch.

The Conception sank after catching fire before dawn on Monday, September 2, 2019. The scuba diving boat had 39 people aboard at the time of the fire. Five people survived. 33 bodies have been recovered. It is believed the last victim was also killed in the fire.

The Conception sank after catching fire before dawn on Monday, September 2, 2019. The scuba diving boat had 39 people aboard at the time of the fire. Five people survived. 33 bodies have been recovered. It is believed the last victim was also killed in the fire.

The theory that the fire was caused by a lithium ion cell phone battery, as well as the NTSB’s concern over the size of the emergency hatch, bolsters your chance of having a third party claim. Truth Aquatics has already filed a limitation of liability claim, which limits all claims against the company to the value of the Conception. That is not good for the 39 injury and wrongful death claims.

A third party claim against the manufacturer or designer of the emergency hatch and the manufacturer of the potentially-defective device would enable you to hold them accountable. It would also get around the limitation of liability claim in that you are no longer one of 39+ claims fighting for a slice of the limited amount of compensation from the company.

The NTSB is going to release its initial findings within the next week. That report will most likely include their determination as to the cause of the fire. An independent investigation will be the fastest way for families of survivors and victims to determine if there is a valid third party claim to pursue.

Our firm has successfully defeated limitation of liability claims and achieved record-breaking verdicts and settlements in third party claims on behalf of the loved ones who were killed because of a company’s negligence. To consult us about your case, call us at 877-724-7800 or fill out a contact form on our website.