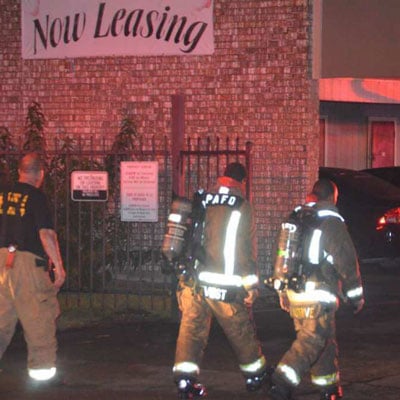 Arthur Square, LLC, and Capstone Real Estate Services face a lawsuit filed by the fathers of two children who died in a fire on July 4, 2018 as well as two men who survived the fire. They hired our law firm to help them hold the companies accountable for the tragedy. An article in the Beaumont Enterprise quotes attorney Byron Alfred about why the companies are being sued, saying, “the July 4th fire propagated in a manner that created a wall of fire which covered the apartment unit’s front door – the only means of escape for the minor children.”The lawsuit, filed in the 172nd District Court of Jefferson County, Texas, reveals that Arthur Square has a “recent documented history of fire safety violations.” These violations include inoperable smoke and fire alarm systems. The lawsuit seeks punitive damages for the companies’ reckless decision to house tenants in an apartment complex that contained multiple dangerous conditions. The wrongful death lawsuit seeks compensation for:

In addition to these claims, the survivors also seek compensation for their destroyed or damaged personal property. As the lawsuit states, the residents at Arthur Square were living in “uninhabitable” apartments. Arthur Square representatives did not respond to the Beaumont Enterprise’s requests for comment about the lawsuit.

Our independent investigation is working with building code, electrical, and fire experts to conduct our own review of the fire. Our experts have sent the smoke alarm in the family’s apartment unit to a lab for “further testing.” As we have previously reported, our clients’ mother said the apartment had several electrical issues in addition to the non-operational smoke detectors. The fire started in a different unit, yet none of the smoke detectors in the complex went off. We will continue to provide updates about this investigation and lawsuit.