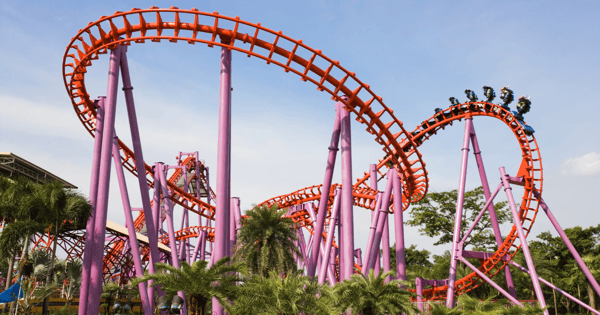 Is The All-American Amusement Park Safe?

Thousands of visitors are injured every year at amusement parks, but the industry remains largely unregulated. How much fun is too much? How many people have to be hurt or killed because amusement parks, state fairs, carnivals, water parks, and more fail to maintain their rides and the government has failed to pass safety laws.

Memorial Day is the unofficial kickoff of the amusement-park season every year. As families flock to parks this summer seeking fun and excitement, government authorities and consumer advocates continue to question the safety of rides in an increasingly competitive industry.

We put our safety in the hands of these parks, fairs, and carnivals when we go on these rides. The operators have a duty to inspect and maintain their rides to keep people safe. And we assume they’ve done their job.

Most people assume that these rides are safe, but public scrutiny of amusement parks has increased dramatically since 1999, a particularly deadly year for the industry. With every injury or death, we want the amusement park industry to take steps to make rides safer and to prevent future incidents. Here are a few of the most recent serious injuries at parks:

Tragically, ride-related deaths have occurred every year since. According to the most recent figures compiled by the Consumer Product Safety Commission (CPSC), in 2002 an estimated 3,800 injuries were associated with fixed-site amusement rides, 3,000 with mobile rides, and 2,500 with inflatable rides.2

Amusement is big business. The International Association of Amusement Parks and Attractions (IAAPA), a leading industry organization, estimates that there are 600 parks and attractions in the United States. Last year, according to the organization, 322 million people visited amusement parks, a 27 percent jump in attendance from 1990. Revenues over the same period increased much faster —revenues of $10.3 billion in 2003 were 81 percent higher than those in 1990.3

Although parks come in many different sizes, the industry is dominated by large, corporate-owned establishments. According to Amusement Business, an industry newspaper, nearly half of all 2003 visitors—over 155 million people—went to the 50 largest parks in North America. It is not surprising that Walt Disney Co. owns the five most highly attended parks on the list: The Magic Kingdom, Disneyland, Epcot, Disney MGM Studios, and Disney’s Animal Kingdom. Six Flags Theme Parks, Inc., is another big player, with 14 parks in the top 50 for attendance in 2003.4

The amusement industry is also highly competitive. Customers are no longer satisfied with the quiet thrill of a spin on the Ferris wheel; they want the tallest and the fastest, and companies struggle to outdo each other to deliver.

Until last year, the largest and fastest roller coaster in North America was Superman: The Escape, at Six Flags Magic Mountain in Valencia, California. At 415 feet high, with a 328-foot drop and speeds up to 100 mph, the $20 million coaster had held that record since 1997.5 The Cedar Point amusement company spent $25 million to top Superman by 5 feet and 20 mph with its Top Thrill Dragster in Sandusky, Ohio.6

Surprisingly, this highly lucrative and competitive industry is not regulated by the federal government. When Congress established the CPSC in 1972, it gave the commission the authority to regulate all types of amusement rides.7 In 1981, however, Congress amended the Consumer Product Safety Act to exclude certain types of rides

The term ‘consumer product’ . . . includes any mechanical device which carries or conveys passengers along, around, or over a fixed or restricted route or course or within a defined area for the purpose of giving its passengers amusement, which is customarily controlled or directed by an individual who is employed for that purpose and who is not a consumer with respect to that device, and which is not permanently fixed to a site. Such term does not include such a device which is permanently fixed to a site.8

According to the commission, the term “consumer product” includes “mobile rides,” which are moved from location to location with fairs, carnivals, parties, or other events, as well as inflatable rides. However, the description explicitly excludes the “fixed-site rides” found in amusement parks, theme parks, or other permanent locations.9 This means that the biggest rides are the ones most likely to operate without real oversight.

Not surprisingly, the big corporate players in the amusement industry lobbied extensively for this amendment. Senator Edward Markey, then a Democratic Congressman for Massachusetts, a long-time advocate for the return of federal regulation over fixed-site amusement rides, calls this amendment the “roller coaster loophole.”10

The CPSC has no jurisdiction to investigate any incidents at the large parks, and fixed-site operators are not required to report incidents or ride malfunctions to authorities. Because the data the commission obtains through its National Electronic Injury Surveillance System (NEISS)—a sample of about 100 U.S. hospitals with emergency rooms—involves only situations that require hospitalization, no one knows how often rides malfunction or operators make mistakes that do not result in injury. It is likely that injuries, fatalities, malfunctions, and operator errors are under-reported.

Markey introduced a bill in 2003 to close the roller coaster loophole, and has reintroduced the bill multiple times in both the House and the Senate. The National Amusement Park Ride Safety Act (currently pending) would restore the CPSC’s jurisdiction over fixed-site rides and would appropriate funds for the commission’s expanded duties.11 The last time he introduced his bill, IAAPA President and CEO Chip Cleary released a statement opposing it, saying the “industry is already safe and well regulated.”

State regulations that do exist are based on vague standards drafted primarily by the amusement industry itself. Most of them are based on standards created by the American Society for Testing and Materials (ASTM), which merely provides a management and administrative system for the development of voluntary, consensus standards.

In 1978, ASTM created a technical committee on amusement-ride safety standards. The committee, called ASTM F-24, developed 15 standards addressing ride design, operations, maintenance, quality control, and testing. The most recent of these, F2291-03a—issued late last year and known as the “world standard” for amusement-ride design—details specific criteria, including g-force limits.13 These are the only standards that apply specifically to amusement rides.

Of the nearly 400 members of ASTM F-24, more than half are either ride manufacturers or amusement park operators.14 Most of the committee’s officers are from the amusement industry or aligned with its interests.15

What can families of people injured or killed at amusement parks do?

Given the large number of ride-related injuries and deaths each year, along with weak regulations heavily influenced by the industry, litigation involving amusement companies will no doubt continue. Families of people who have been hurt or killed because of unsafe, unregulated rides or attractions deserve answers, deserve justice, and deserve accountability.

Three steps for families to take after a loved one is hurt or killed in an amusement park accident:

Your lawyers will be working on making sure you have the strongest case possible. That includes:

Amusement parks, theme parks, and water parks, with their array of thrill rides, have become an integral part of the American summer experience. Most parks encourage a false sense of security among patrons, who think—as they stand in line waiting for their turn— “Surely, with all these people here, these rides must be safe.” But numerous incidents from all over the country suggest otherwise.

Until the government establishes effective regulations, and until companies are required to report injuries that occur at their parks, visitors won’t know the dangers that await them.

To talk with our Board Certified attorneys about how we can help if you or a loved one has been injured or killed at an amusement park, give us a call at 877-724-7800. You will receive a free and 100% confidential case analysis. We will help you understand the lawsuit process, what to expect, and how we can help you get the justice you deserve.

7. Memorandum from Susan Ness, Office of General Counsel, U.S. Consumer Prod. Safety Comm’n, to Charles H. Boehne, Office of Field Coordination, U.S. Consumer Prod. Safety Comm’n, stating that “amusement rides fall within the jurisdiction of the commission, and are subject to regulation under the Consumer Product Safety Act,” citing 15 U.S.C. §2052(a)(1) (Nov. 13, 1974). As originally enacted, the act defined a “consumer product” as “any article or component part thereof, produced or distributed . . . (ii) for the personal use, consumption, or enjoyment of a consumer in or around a permanent or temporary household or residence, a school, in recreation, or otherwise . . .” (emphasis added).