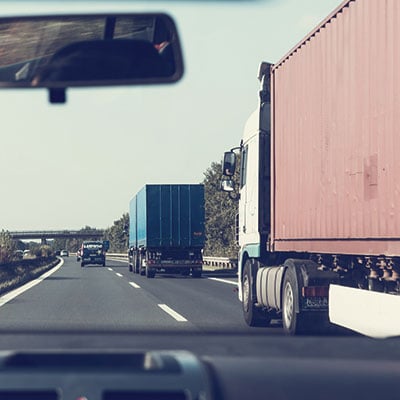 The trucking company won’t play fair when you file an injury or wrongful death claim. The company, insurance company, and lawyers will try to protect their bottom line at all costs.

In case after case, we see trucking companies, their insurers, and their lawyers use these same five tricks over and over again to try to avoid paying you a dime:

Trick #1:  The adjuster will pressure you into giving a recorded statement

You or your family will be contacted by the trucking company’s insurance adjuster after the accident. This person will act like he or she is helping you and ask you to give a recorded statement. The adjuster typically says something along the lines of, “we just need to do this so we can cut you a check and settle your case for you.”

Beware. This is a trick.

The company actually has no interest in what you have to say unless it helps their position.

Their goal is to trick you into saying something that will harm your case. The adjuster contacts you as soon after the accident as possible, generally at a time when you probably have not had the opportunity to hire your own lawyer.

The adjuster is trained to get you to talk about your accident in a way that hurts your case. They know you’re vulnerable at this point. What they don’t know is that you know your legal rights, including that you are not legally required to give a recorded statement for them to proceed with processing your claim.

Trick #2: The insurance company will offer you a very low amount to settle your case

The insurance company will try to lowball you. This is another common trick. They know you are most likely missing work, hurting for cash, and worried about your future.

Don’t take the money and don’t sign anything without consulting a lawyer first.

Insurance companies never offer to pay fair amounts on an injury claim if there isn’t a lawsuit on file. They are trying to take advantage of you because they know as soon as you hire a lawyer, your chances of getting the compensation you deserve skyrocket.

We see companies attempt to destroy or alter evidence in many of our cases. For example, shortly after a crash, the trucking company destroys or alters the driver’s logs to show their driver was not driving while fatigued. Or they destroy the driver’s qualification file, which shows they were not qualified to be driving the 18-wheeler.

Another common practice is to destroy the post-crash alcohol and drug tests that show their driver was under the influence of alcohol or drugs.

Trick #4: Trucking companies will tell the truck driver not to go get the required post-crash drug and alcohol test

Trick #5: Trucking companies will delay your claim until it’s too late to file a lawsuit or deny your claim outright

Their list of excuses goes on and on. Whether you are speaking with the truck driver’s employer or the trucking company’s insurance agent, you may find that you’re running into a lot of delays, dead ends, “red tape,” and serious frustration—and it’s probably not a coincidence. That’s why it’s important that you consult a lawyer who knows how to battle the trucking companies and push for your case to be tried fairly in a reasonable amount of time.

At our firm, we have taken trucking companies to court – and won. We don’t let companies take advantage of people who have been injured due to the company’s negligence. And we have the track record to prove it.

Start winning your case today. Call us at 877-724-7800 or fill out a contact form. We will answer all of your questions, make sure you know your legal rights, and help you hold the trucking company responsible for injuring you.