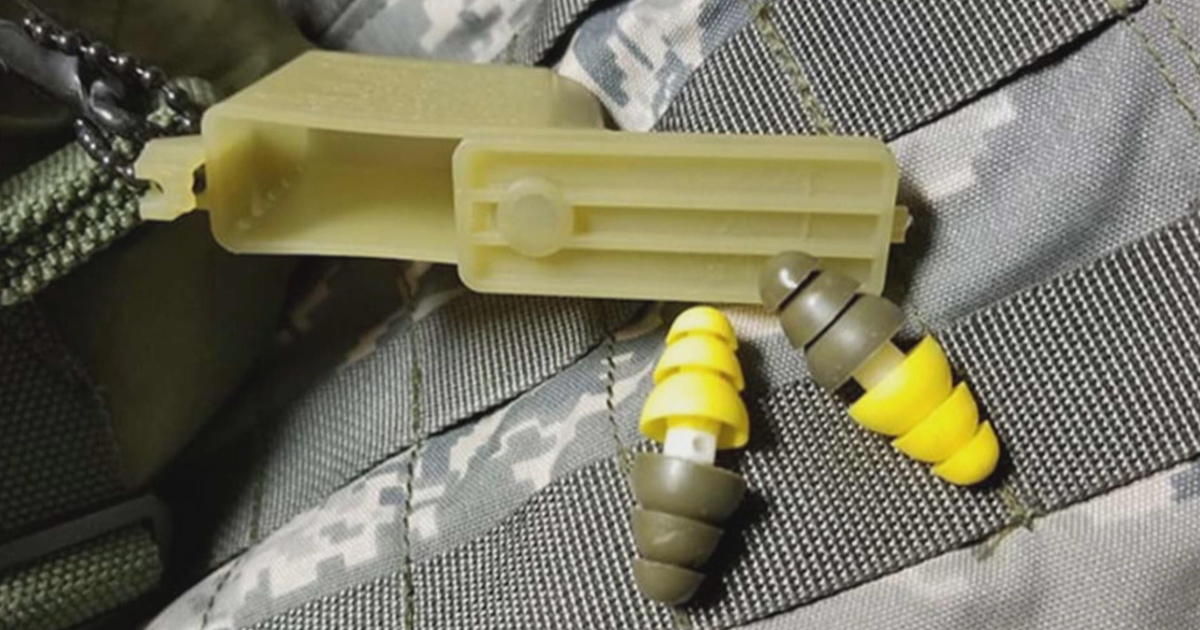 ARE YOU EXPERIENCING HEARING ISSUES DUE TO DEFECTIVE 3M COMBAT ARMS EARPLUGS?

If you served in the military between 2003 and 2015 and were issued dual-ended 3M Combat Arms earplugs, you may qualify for compensation. A Department of Justice investigation has shown that these earplugs were defective. The earplugs allowed dangerously loud sounds to slip through because they failed to maintain a tight seal in veterans’ ears and fell out. 3M’s failure to warn the public about this defect has caused thousands of service members to suffer from hearing loss, tinnitus, and loss of balance. Hearing loss and tinnitus are tied to depression, anxiety, and PTSD in veterans.

Veterans who have permanent and disabling injuries from wearing the earplugs between 2003 and 2015 are holding 3M accountable for knowingly selling defective earplugs to the U.S. Government.

Our law firm is evaluating cases and seeking compensation for individuals who have experienced serious hearing loss after using the 3M Combat Arms Earplugs Version 2 (CAEv2) during deployment or training and were discharged before January 2015.

Why veterans are suing 3M over these defective earplugs

Between 2003 and 2015, the Combat ArmsTM earplugs were sold to the military by 3M. There is evidence that the Minnesota-based company designed the earplugs in a defective manner and failed to warn users of the defect or provide proper instructions for use. The earplugs allowed dangerously loud sounds to slip through because they failed to maintain a tight seal in veterans’ ears and fell out.

A whistleblower lawsuit was filed against 3M by the Department of Justice accusing 3M of knowingly selling defective earplugs to the military. The case alleged that 3M and its predecessor Aearo Technologies Inc. sold its Combat Arms Earplugs, Version 2 (CAEv2) to the Defense Logistics Agency knowing that the earplugs were too short to be properly inserted into people’s ears. This prevented a proper fit and therefore did not provide appropriate protection from noise.

The 3M earplug lawsuit filed by the Justice Department revealed that 3M falsified information so they could sell the defective earplugs to the military. And although that lawsuit uncovered explosive evidence exposing 3M’s scheme, the claims within the settlement were allegations only. According to the Justice Department, there was no determination of liability made in that lawsuit.

That’s why we are representing service members and veterans (including people who served in the Reserves and the National Guard) who have been harmed by 3M’s actions. 3M made millions off your sacrifices, and they need to be held responsible for their actions. You deserve justice.

The result of the lawsuit is proof that 3M defrauded the government out of millions of dollars and intentionally harmed thousands of soldiers in the process. Evidence uncovered in the whistleblower lawsuit includes:

Hearing loss and tinnitus are linked to PTSD, depression, and anxiety in veterans

There is a strong correlation between veterans with hearing problems and PTSD, depression, and anxiety. A review conducted by the Veterans Affairs Medical Center conducted a chart review of veterans suffering from hearing loss over a four year period. This data was then used to investigate the correlation between hearing loss and the presence of PTSD. They found that 34% of the veterans in the study diagnosed with tinnitus also carried a diagnosis of PTSD.

Percentage of Veterans who have anxiety, depression, or both caused by tinnitus*

If your military occupational specialty is linked to hazardous noise exposure, you may have a claim

Many veterans with a military occupational specialty (MOS) have not yet received a hearing loss evaluation from the VA or had their hearing loss disability claim approved yet. The same goes for tinnitus. Some veterans haven’t taken action on these cases because they can’t pinpoint one event when their hearing loss happened.

The VA has determined that if your MOS noise exposure level was “highly probable” or “moderate,” they can use your MOS as the event that caused your hearing loss while in service. That also means if you were issued the 3M Combat Arms earplugs and your MOS noise exposure level is “highly probable” or “moderate,” you may qualify for this lawsuit, even if you haven’t received a VA hearing diagnosis or been granted disability for tinnitus or hearing loss.

A few of the MOS Noise Exposure Levels with a “high probability” of experiencing hazardous noise levels are:

Click here to find out the noise exposure level of every MOS.

If your MOS is listed as having a highly probable or moderate risk of exposing you to hazardous noises, you shouldn’t wait on a hearing diagnosis to consult a lawyer about your 3M Combat Arms earplug case.

A lot of advertising about 3M’s cases talk about joining a class action. Here’s the truth — there is no class-action lawsuit for these cases. A judge has to certify a class, and no judge has done that for these cases. Class actions benefit lawyers, not you. That’s why we file individual lawsuits on behalf of our clients, and the fallout from the damage caused by these defective earplugs is going to be different for you than for everyone else.

Although each case is unique, military personnel can recover compensation for:

The value of your claim will depend on how your hearing loss has affected your life, earning capacity, relationship with your spouse, health, and more. We hire experts who will assess your claim and calculate the dollar amount of your losses. Our responsibility to you is to get you the best result possible in the shortest amount of time.

Who you hire as your lawyer may be the most important decision you make. It can be the difference between a small settlement and a large verdict, between a quick settlement or a lawsuit that drags on for years and years, between collecting everything to which you are legally entitled or collecting nothing at all.

Brian Beckcom has filed a lawsuit against 3M Company on behalf of our client in the United States District Court for the Northern District of Texas. Our client was issued the 3M dual-ended Combat Arms earplugs while serving in the military. He suffers from injuries (tinnitus and hearing loss) and other damages related to inadequate hearing protection. The lawsuit includes 30 claims against 3M.

Our law firm is considered one of the best law firms in the country for people injured because of a company’s wrongdoing or negligence. Mr. Beckcom and his law partner, Vuk Vujasinovic, have been involved in defective and dangerous product cases their entire careers. They have published hundreds of articles, books, news items, and other expert analysis on these types of cases. Mr. Beckcom and Mr. Vujasinovic have successfully represented hundreds of individuals in injury lawsuits against large corporations. Mr. Beckcom was the Corps Commander of the Texas A&M Corps of Cadets. He also comes from family of decorated military veterans, as do many members of the legal team at VB Attorneys.

You still have time to file a lawsuit against 3M. Every case is unique, and every person injured by 3M’s greed deserves their day in court. Our goal is to get you justice and just compensation.